(The Internal T2KUK Page | Collaborators can Edit this page) 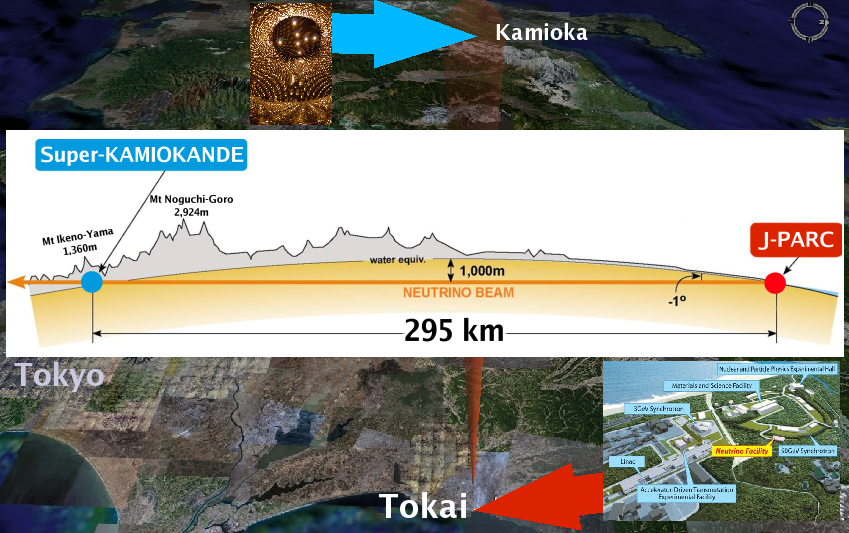 The T2K project began data-taking in 2009 and has the primary goal of measuring for the first time a third type of neutrino mixing (related to the parameter theta13), which would result in the appearance of electron-type neutrinos from a beam of muon-type neutrinos after they have travelled 295 km across Japan.

T2K ran for many months between late 2009 and March 2011. The data taken then were carefully studied, and on 15 June 2011, we announced our first measurement of electron neutrino appearance from the muon neutrino beam after propagating 295 km. The bottom line is that we saw what might be the sign of electron neutrinos appearing at a high rate, which is very positive news for using neutrinos to understand more about the origin of matter—but we need more data to be certain.

We are working hard to restart the experiment after the damage caused by the earthquake which forced us to shut it down on the 11th of March 2011.

Most advanced experiments such as this publish a detailed description of the equipment and methods used, so that other physicists can learn from them, and also so that they can interpret our results more accurately. A preprint of such a paper for T2K can be found at